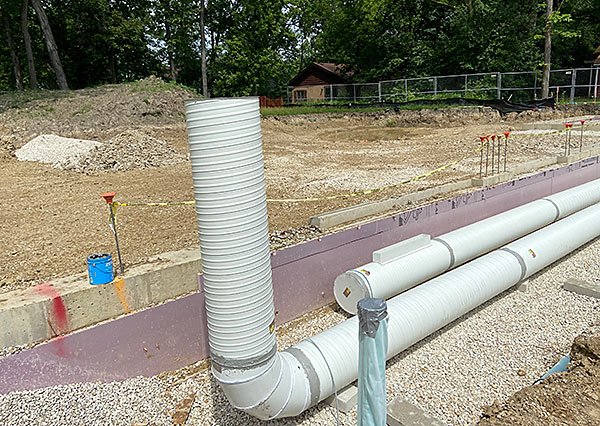 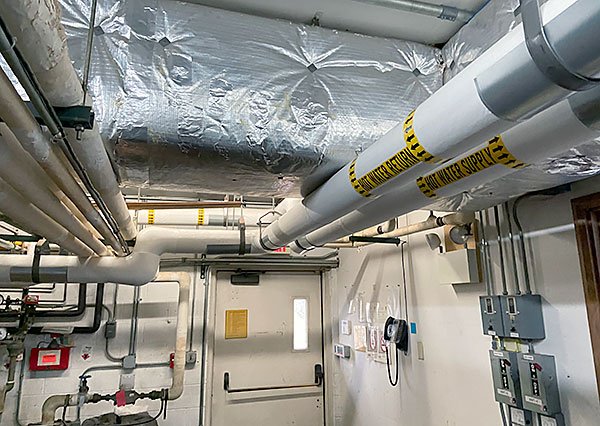 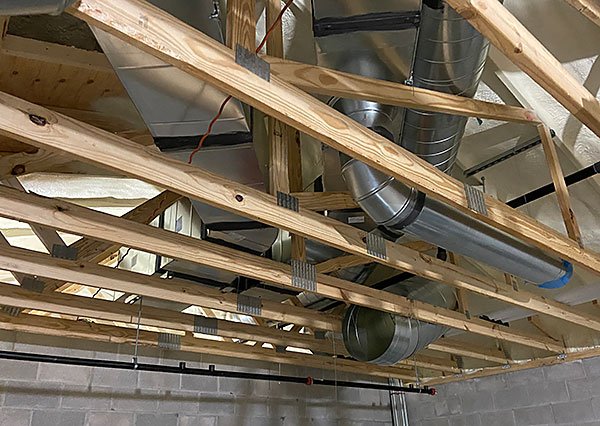 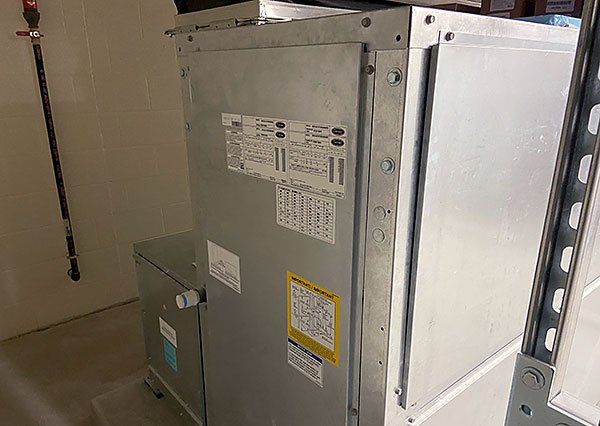 Project
We installed three Carrier AHUs in an existing mechanical room, which were paired up with three air cooled condensing units and two Carrier gas-fired furnaces to provide cooling and heating to the new addition. We also installed an 820 Mbh boiler, expansion tank and the corresponding hydronic heating loop, which consisted of 2,000 linear feet of copper piping. The system has seven pumps to circulate the hot water to hot water coils, snow melt system and AHUs. We also installed a duct-free split system, kitchen hood with Ansul system, return fans, exhaust fans, gas duct heater, duct zone dampers and underground duct. Work was completed over several phases to minimize the disruptions to the library’s operations.

Challenge
Pelican BAS system was the basis of design for this project. Pelican provides many cost advantages due to its off-the-shelf nature. However, during the early stages of the project, conveying the system’s limitations with the design team was challenging. We needed to make sure everyone understood the final deliverable product for the controls from the beginning. To solve the issue, EOS Mechanical met with the owner, engineers and general contractor before mobilization to adjust the controls sequence so it was compatible with Pelican BAS capabilities.