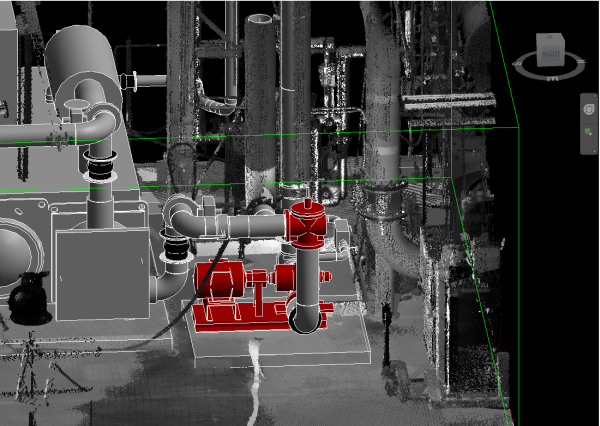 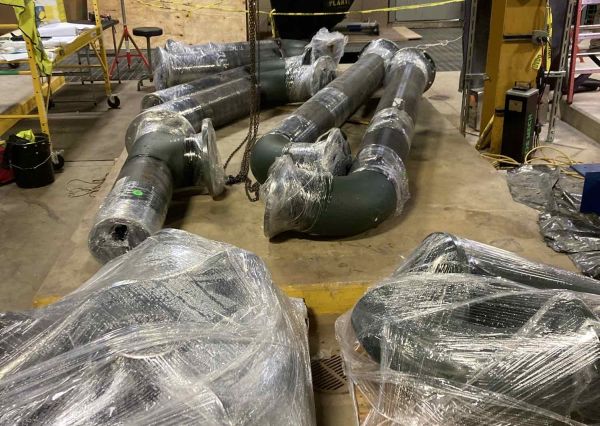 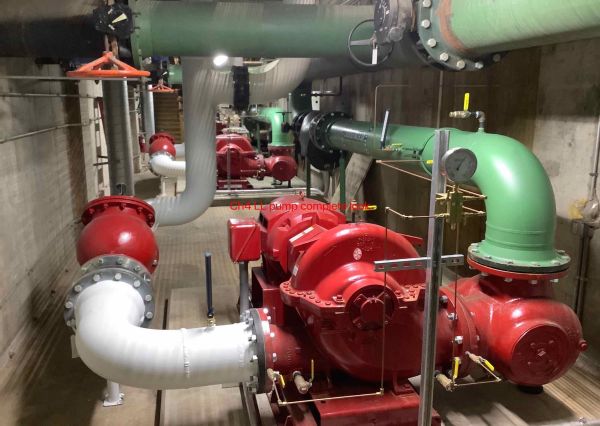 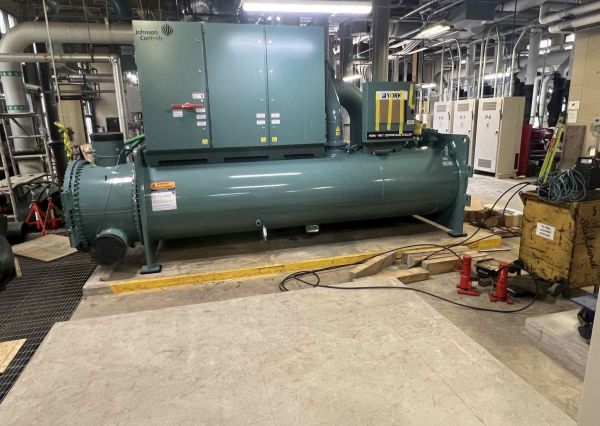 Project
EOS replaced two end-of-life water-cooled chillers with York YMC Magnetic Bering Centrifugal Chillers.
The chillers provided chilled water capacity of 1000 tons each. The chillers are critical infrastructure to the hospital. EOS also installed four pumps to serve the new chiller along with 10” and 12” piping and a new control system.

Challenge #1
This project involved replacing two of the five chillers in the chiller plant. The chillers represented a large portion of the total cooling capacity for the entire campus. We must identify all known and unknown issues as early in the project as possible. To do so, we laser-scanned the chiller plant, developed a point cloud and modeled the new construction items on top of the existing conditions. EOS virtually built this project on top of the existing conditions, allowing us to communicate and coordinate effectively with the owner and subcontractors on this project.

Challenge #2
EOS needed to meet the project deadline. EOS, through laser technology and modeling, prefabricated many of the components and piping required for this project off-site to meet the deadline. EOS’ prefabrication allowed the customer to keep normal chiller plant operations. This kept existing chillers in place in case of an issue at the factory and still made progress on the new piping.